There are hundreds of picturesque beaches on the coasts of Italy, making having to pick just a dozen a difficult task. In fact, Italy is essentially all coastline, being surrounded on almost all sides by the Mediterranean, Tyrrhenian, Adriatic, and Ionian Seas. Without question, the Amalfi Coast is one of the best places to visit in Italy. It’s a top vacation destination for tourists; however, it still only spans about 34 miles of the Campania region. Looking at the entire map of Italy, there are countless more locations from which to choose. Taking that into consideration, here are the 12 best beaches in Italy.

Located in the Tuscany region of Italy is the wondrous island of Elba. Being an island, one need not look far to find a beach worth spending their time. Spiaggia di Sansone is notable for its white pebble shore, white cliffs, and unbelievably clear water. Sansone is a great place for snorkelers, as it boasts intriguing grottos swimming with vibrant fish. 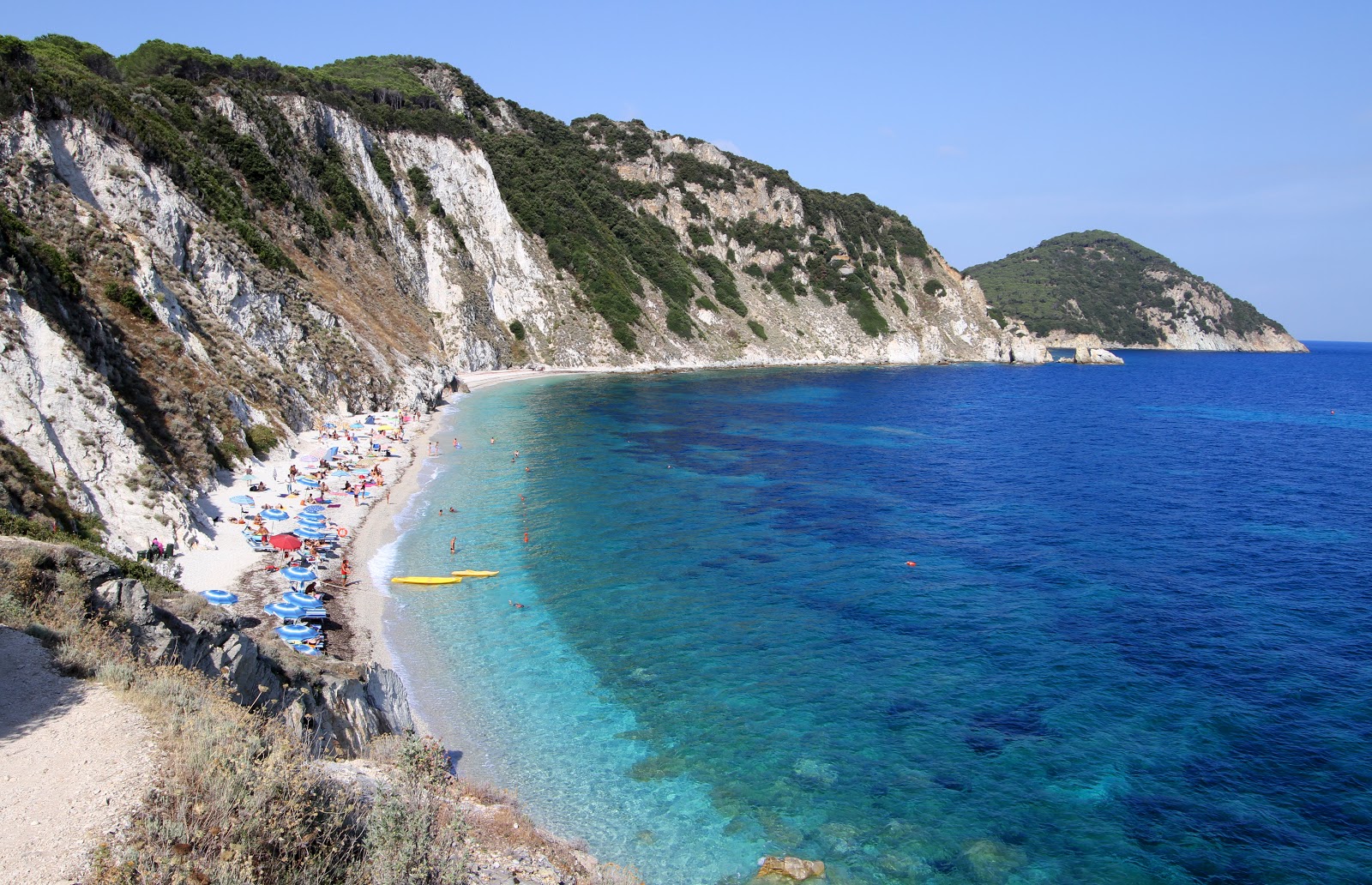 The island of Sardinia is famous for its breathtaking beaches. What makes Spiaggia di Piscinas unique is its golden, almost orange sand. This beach is actually right near a sublime desert with striking sand dunes. 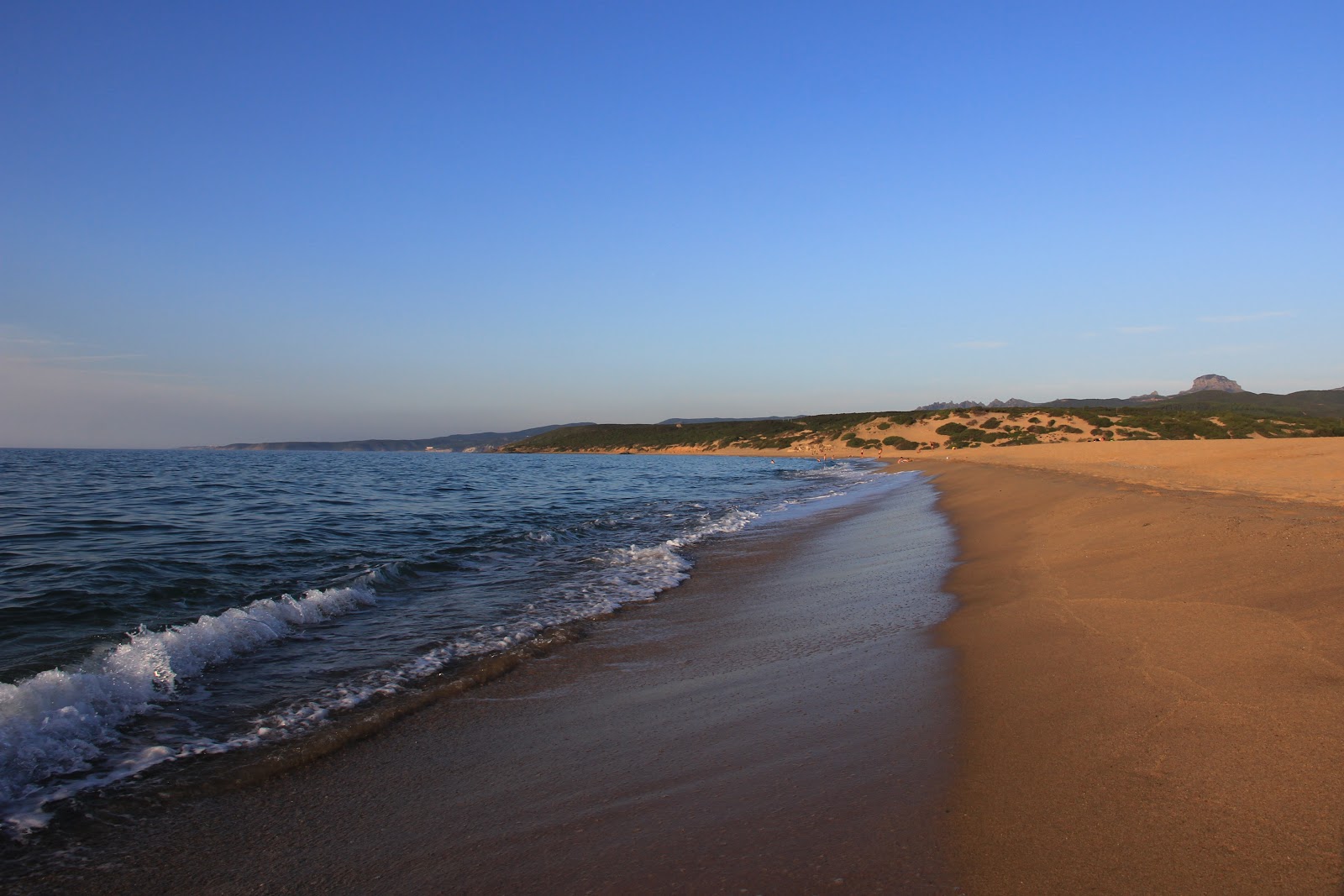 Pelosa is a popular Italian beach destination because of its dazzlingly aqua blue water. It is also quite shallow, which makes it an accessible beach for both children and adults. The beach is presided over by Torre della Pelosa, a 16th century watchtower, which is a stimulating find for history buffs. Near Pelosa are other smaller islands, including Isola Piana, Isola Asinara, and Isola dell’Asinara. According to Lonely Planet, the latter is known for its albino donkeys. 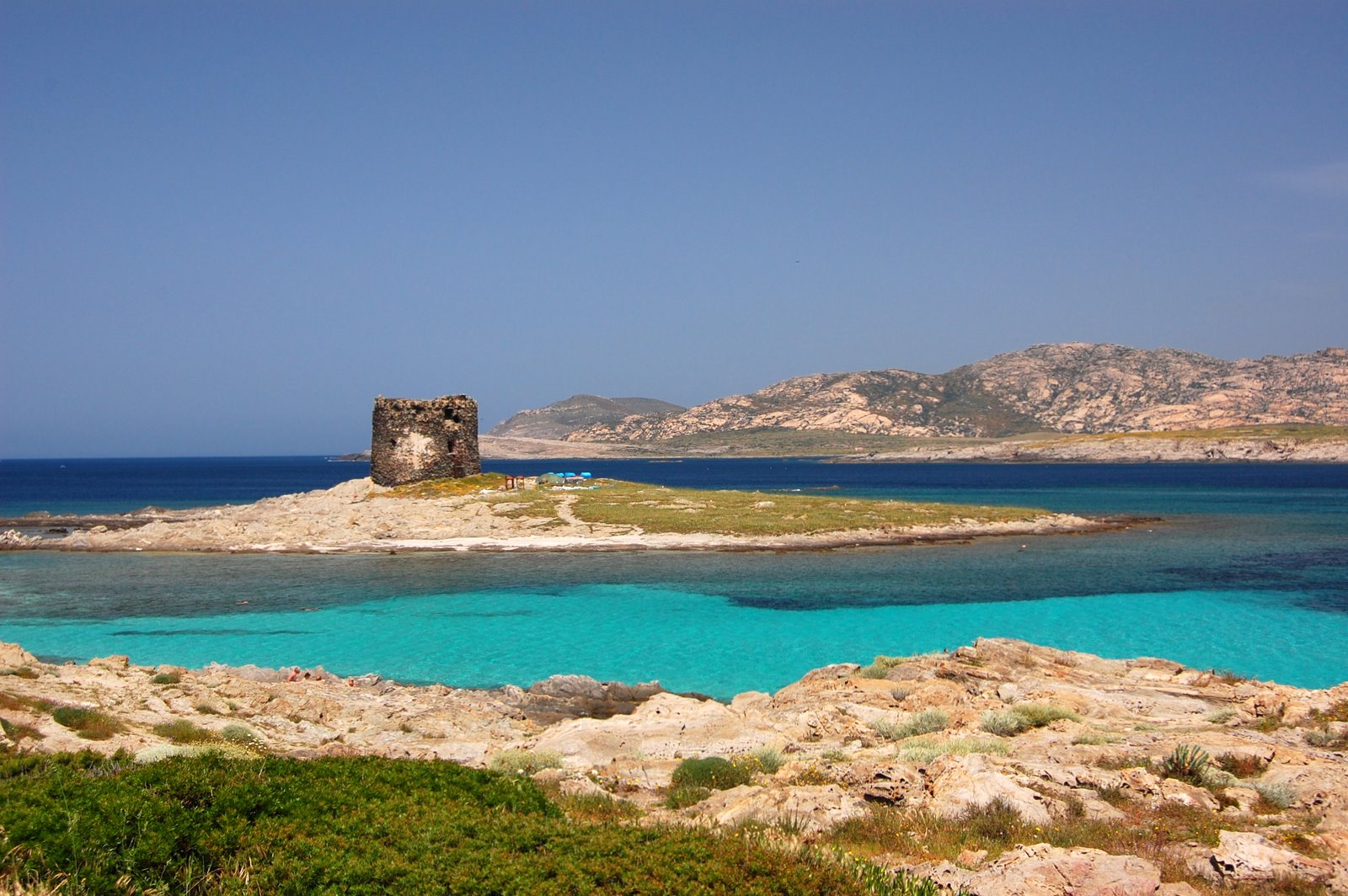 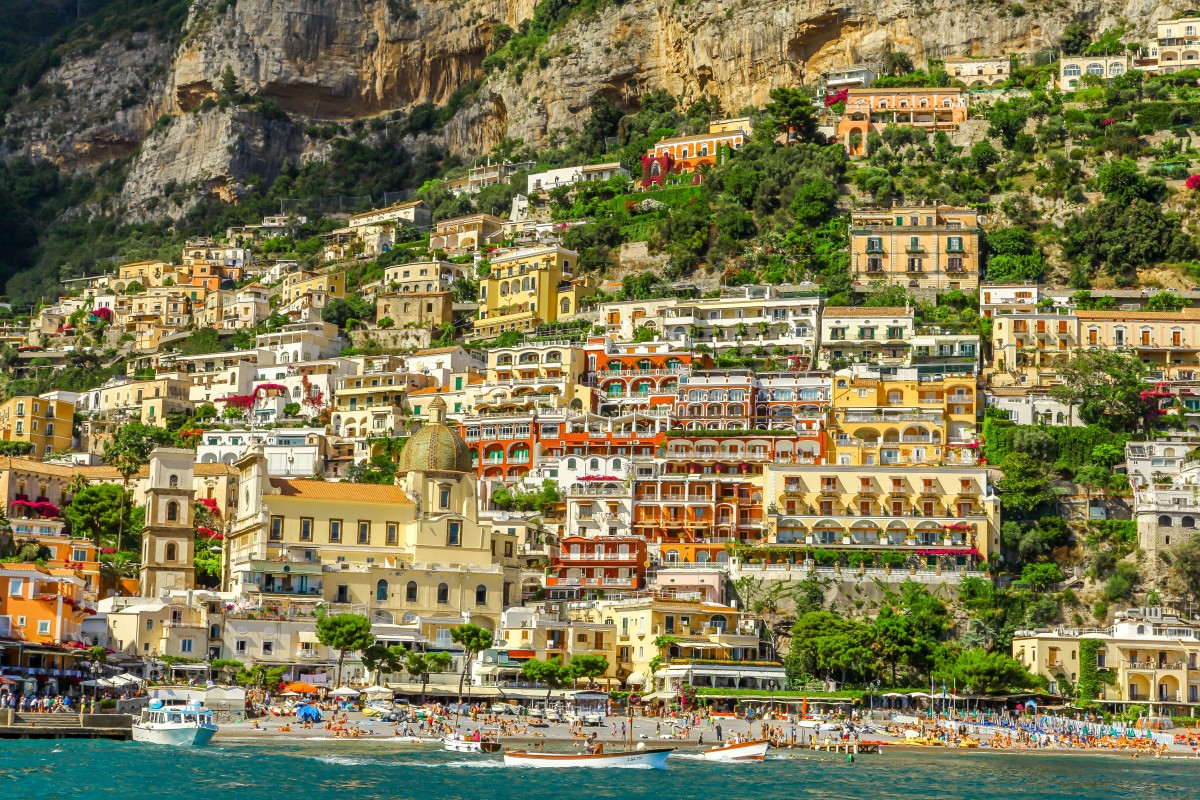 Looking for a less bustling beach? Head over to Tordigliano in the Campania region of Italy. Sure, it may be part of the Amalfi Coast, but this beach has all the beauty without all the fuss of tourists. Spiaggia di Tordigliano is a secluded beach that has, for the most part, been left in the care of nature. It is a bit of a rugged journey to get there (unless you take a boat), but it is truly a paradise. 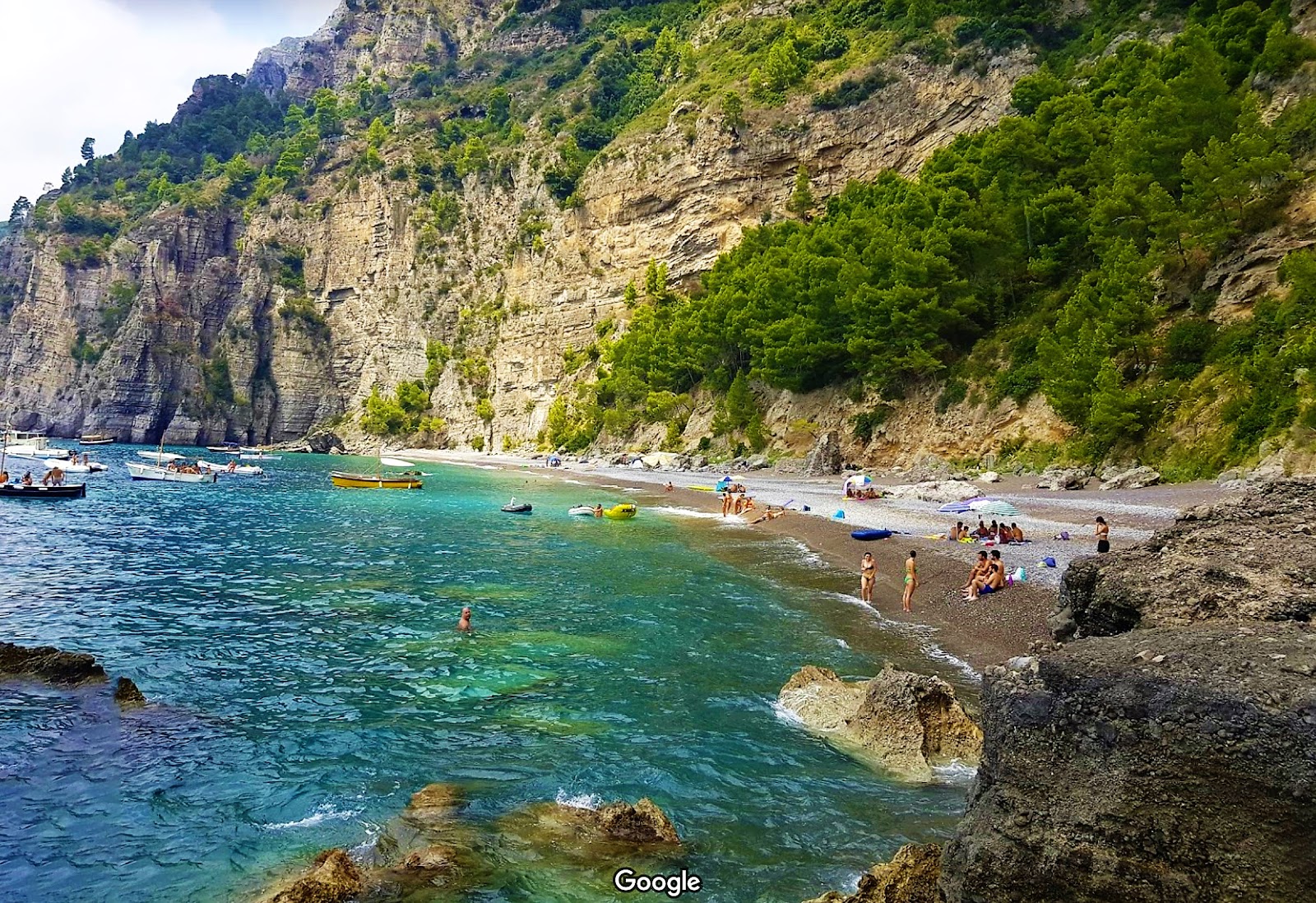 Furore might be one of the strangest beaches on the map of Italy. The shore itself is quite small, but that is because it opens up to a fjord tucked in an enormous gorge. Above the gorge is a bridge where diving championships are held. 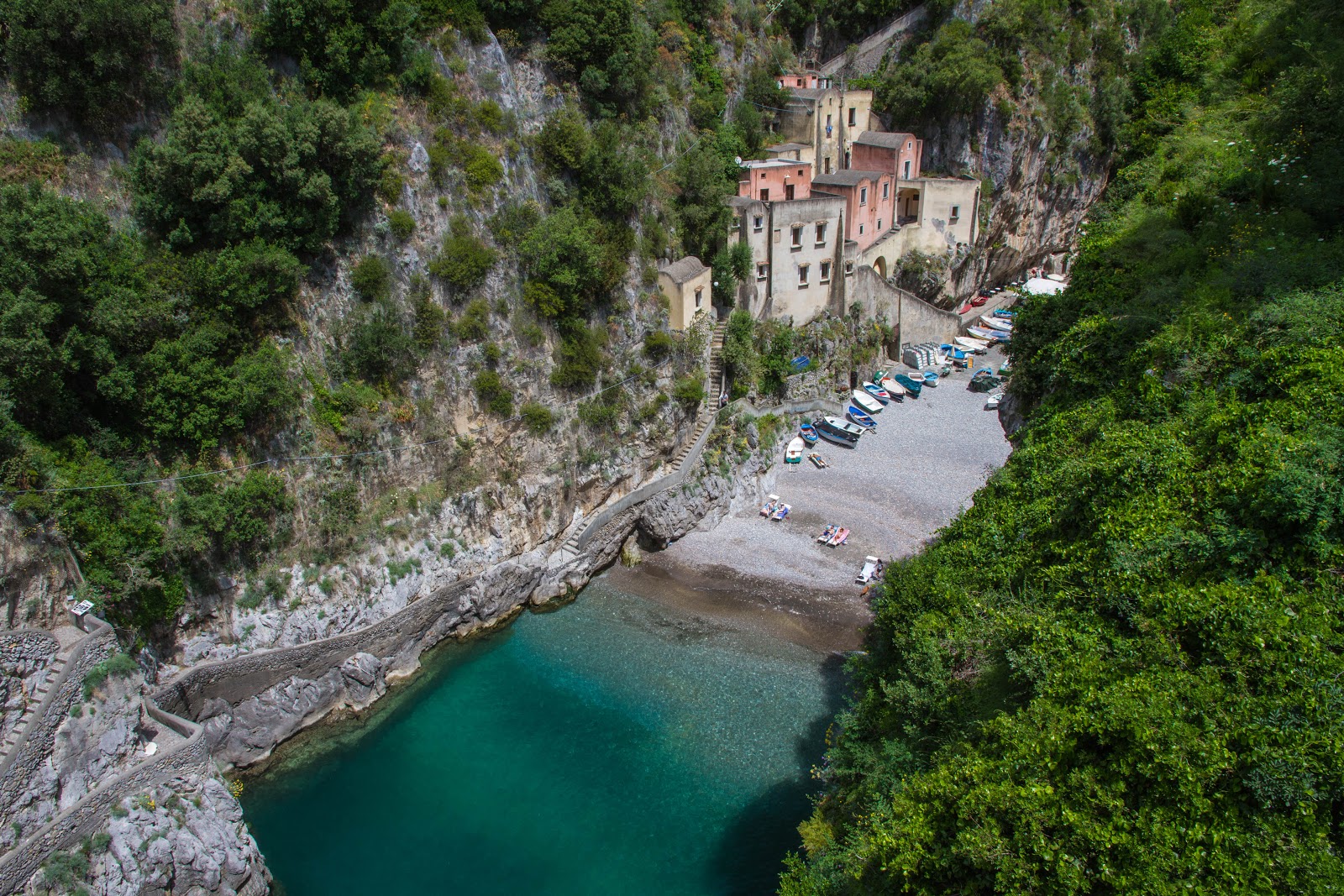 Scala, Italian for “ladder,” describes the enigmatic shape of Sicily’s giant white beachside bluff. It is composed of limestone and white marl, making the beach both highly unusual and exceedingly spellbinding. 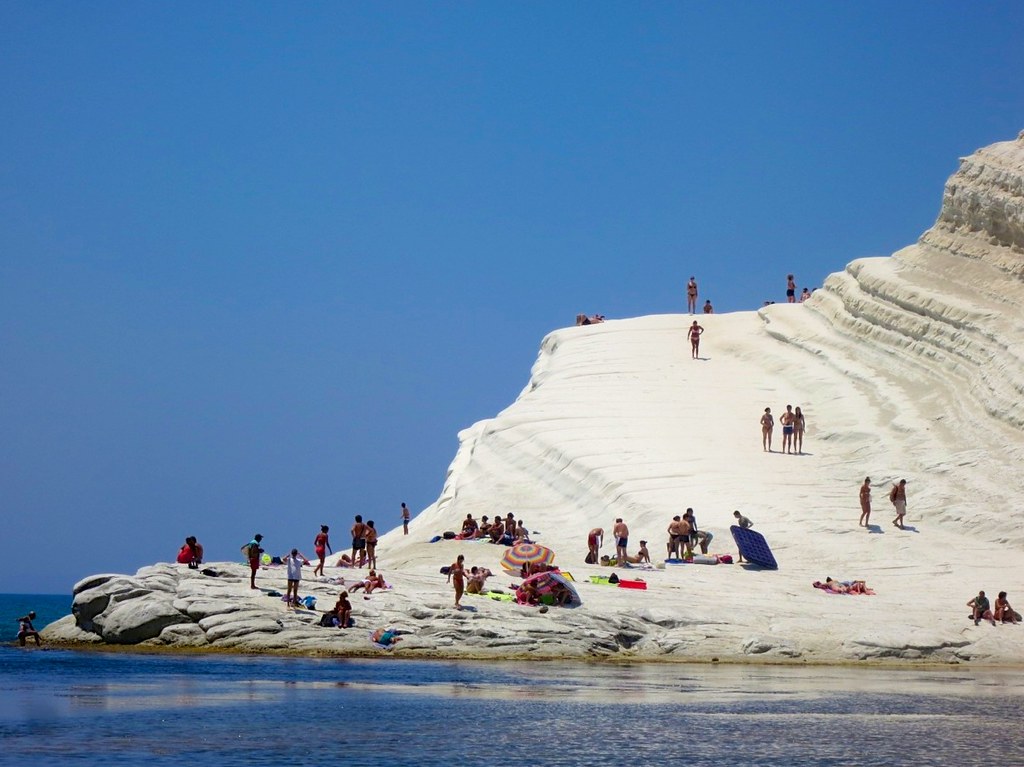 Another more secluded, peaceful beach is Baia delle Zagare in Puglia. According to Condé Nast Traveler, this beach is only accessible by land through the hotel of the same name. That’s because other than the hotel guests, only a maximum of 30 outside visitors are allowed on the beach per day. Other than its exclusivity, Baia delle Zagare is known for its majestic rock formations, making it one of the most entrancing and best beaches in Italy. 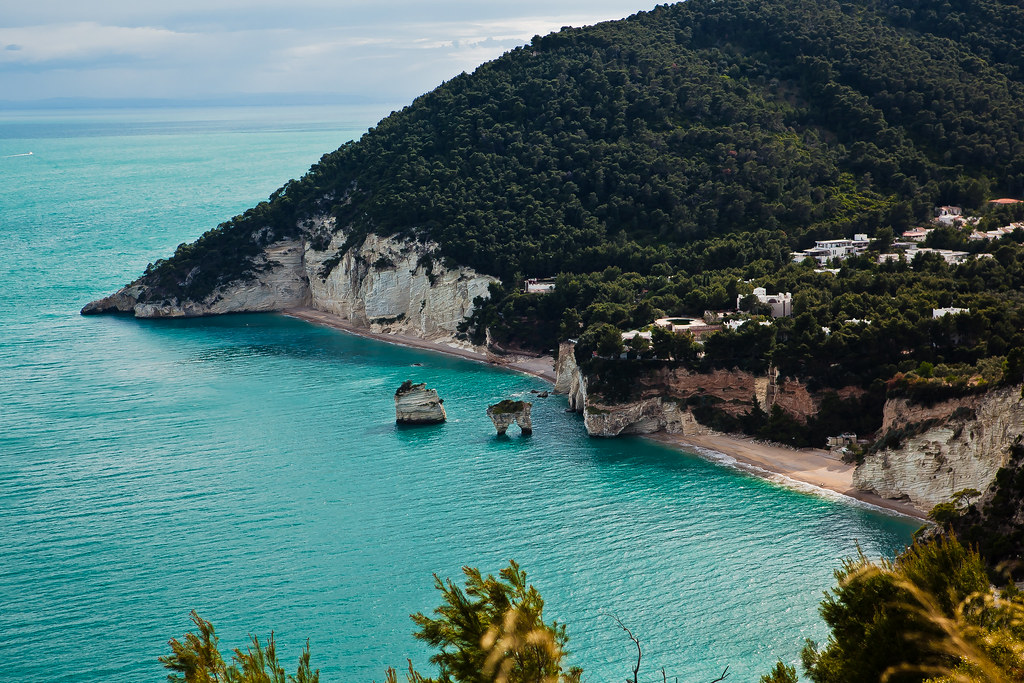 The charming seaside town of Santa Maria al Bagno was actually once a haven for persecuted Jews and displaced persons during World War II. Such a rich and intriguing history is one reason to visit, but another reason is to cliff jump off the rocky surroundings and into the calm Ionian Sea below. It’s not just for thrillseekers, though. Families can enjoy swimming and then walk about 20 feet to one of the restaurants in town. 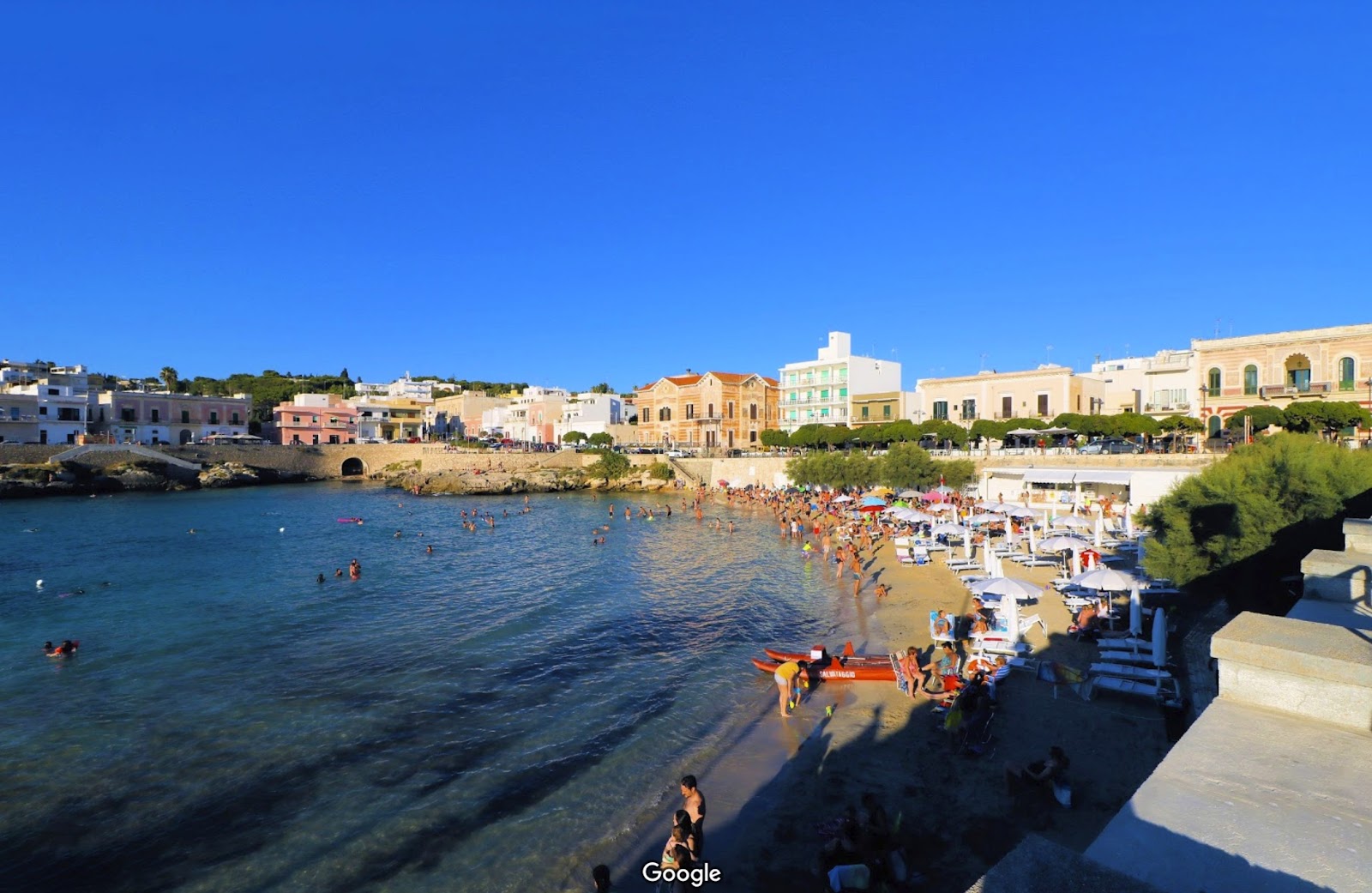 It is easy to see why this place was named the Grotto of Poetry. Grotta della Poesia is a place unlike any other, filled with natural wonder. The enclosed grotto of crystal clear waters is and large rocks is an absolute must-visit when planning a trip to Italy. This swimming hole isn’t all the area has to offer, either. There is an entire network of cave systems that can be explored, as well as the larger ocean just outside of the grotto. 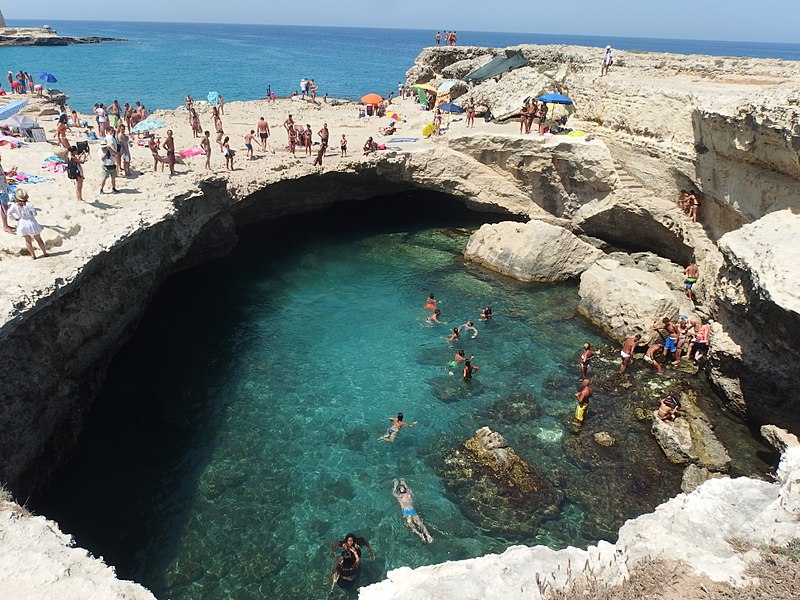 In the southeastern region of Italy, the Beach of Purity rests conveniently close to the town center, making it a stop locals love to visit during their average day. Cool down in the water or sunbathe on the warm, golden sand as the lovely architecture of the town provides a delightfully quaint backdrop. 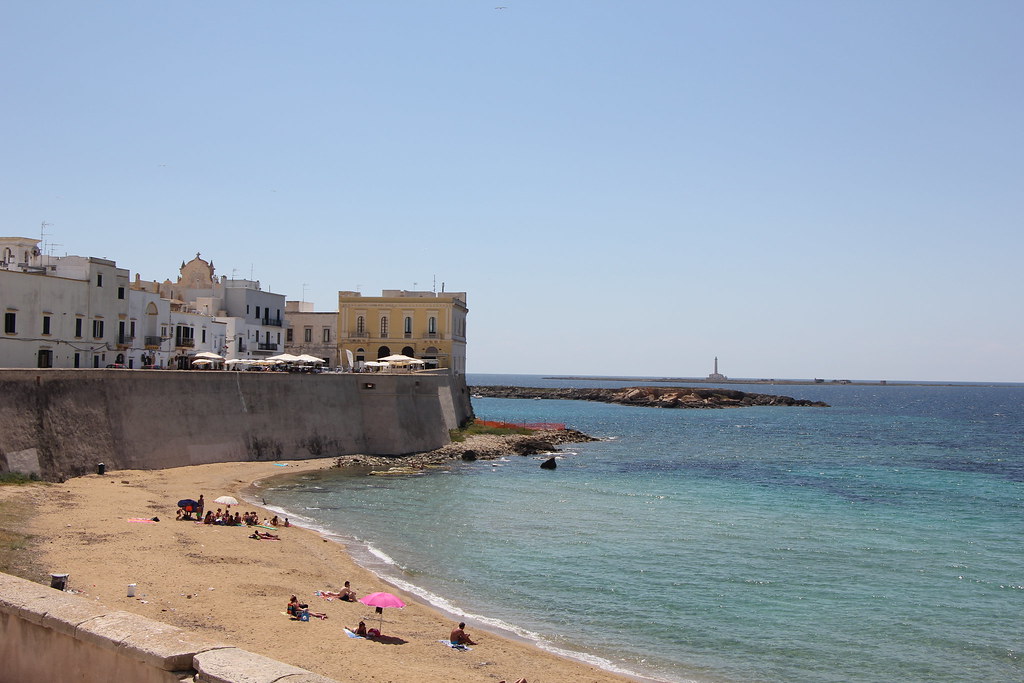 The island of Capri is truly stunning. As if its mystifying beauty wasn’t enough, this area possesses a wealth of ancient history, making it hands down one of the best places to visit in Italy. Bagni di Tiberio was the site of Roman Emperor Tiberius’s imperial villa. Such is the allure of one of the best beaches in Italy—it’s literally fit for a king. 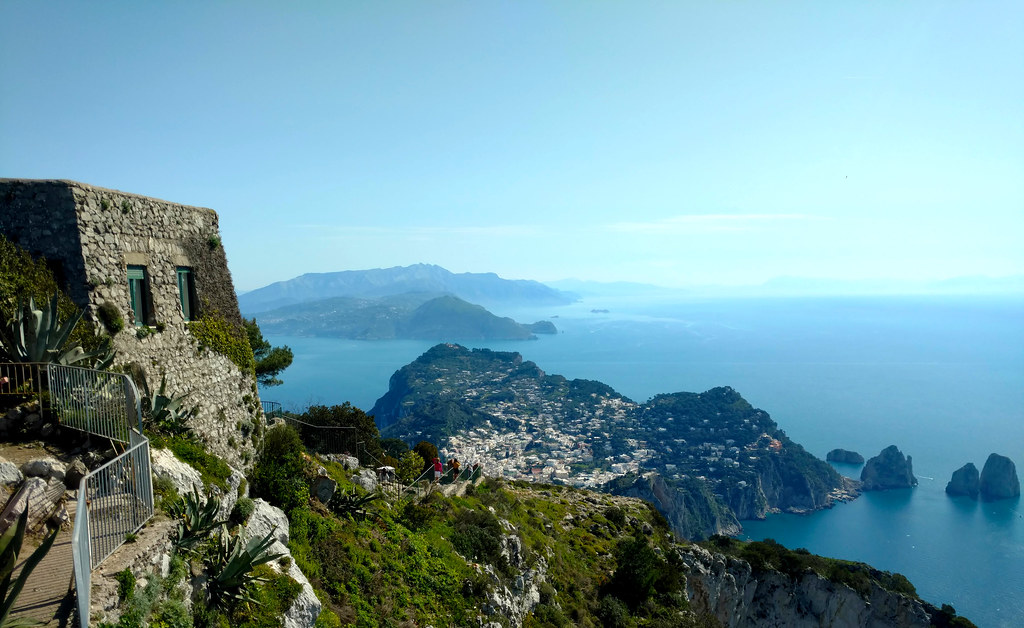